I live in NYC and I often come across some amazing talent on the subway platforms that literally stop me in my tracks. I want to tip sometimes but I often don’t have any cash in hand and I don’t know how else I could show my appreciation.

I started sketching the possible scenarios in which the users would interacting with the application.  In this case there were two users, the artist/street performer and the fan/commuter.

From Fan’s Point of View 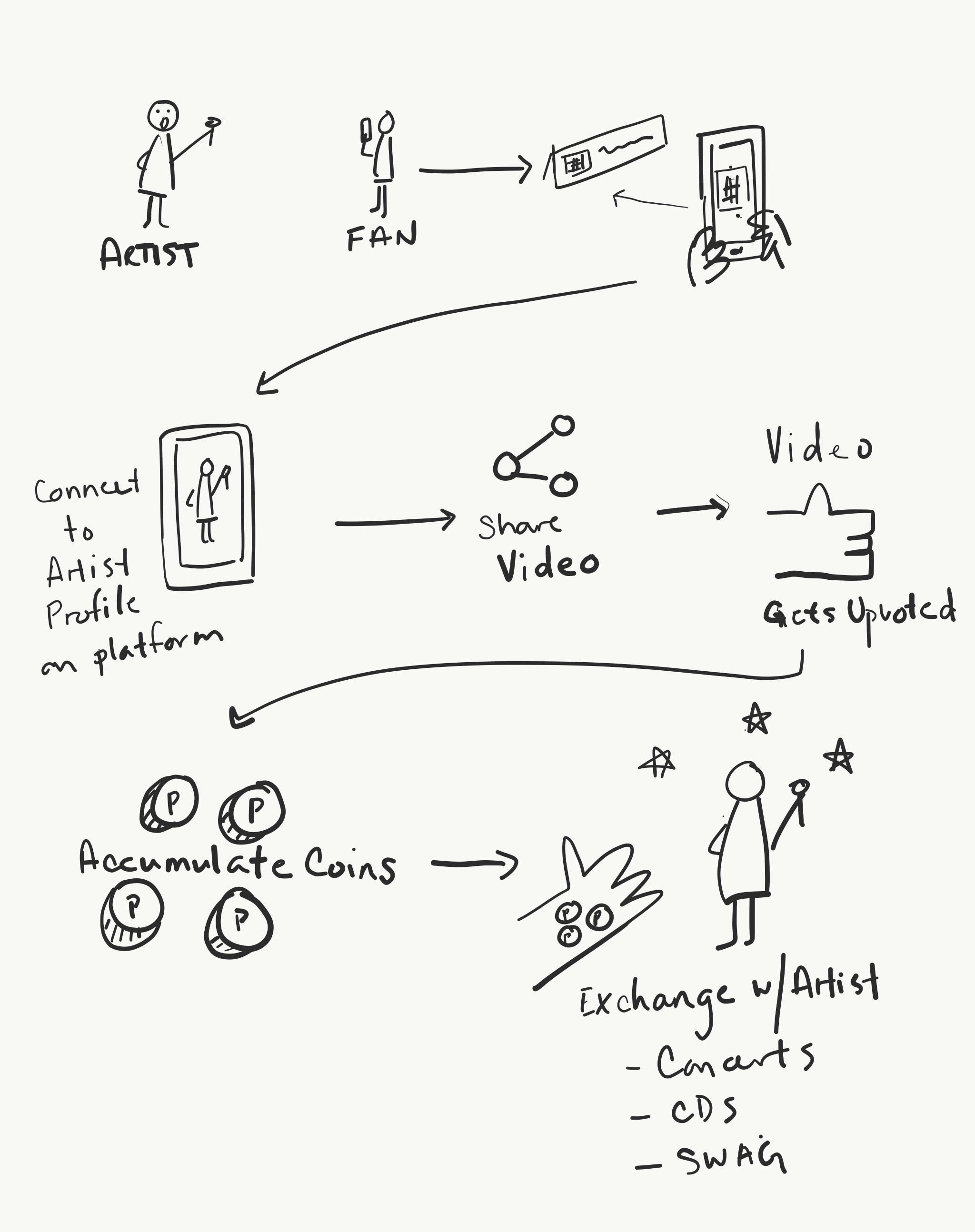 From Artist’s Point of View 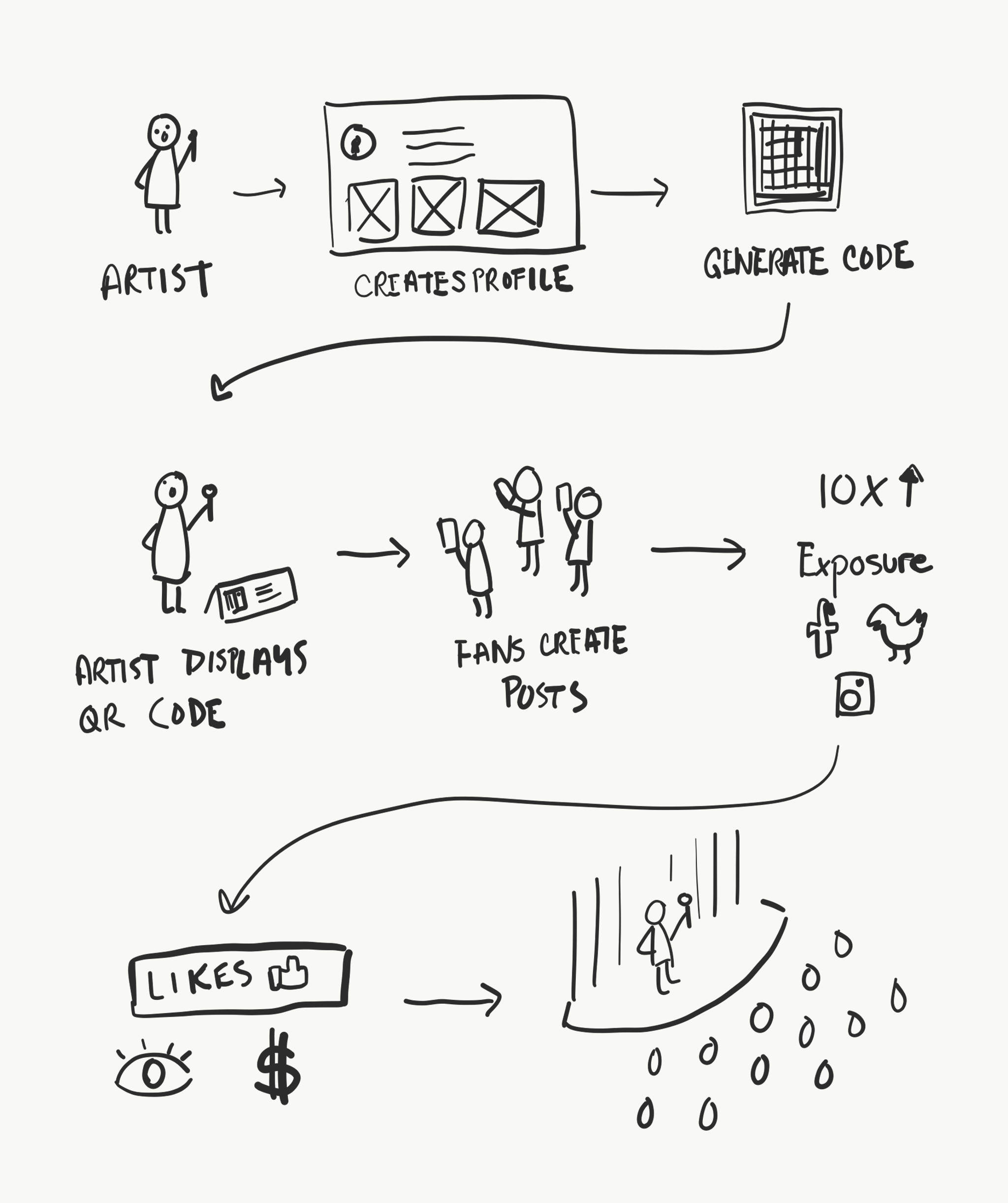 In the research I conducted I surveyed about 30 target users and interviewed 5 in person.  I found that most people shared the videos and photos they took on Instagram.  On average most users tipped between 1 or 2 dollars. Younger users tended to tip less or not at all while older users tipped more. Users also tipped artists more frequently who performed on the subway stations while they didn’t tip performers on the train as much.

Most importantly most (75%) admitted that although they wanted to tip the street performer more times than not they found themselves without any cash. Also, the majority considered hiring a performer they liked and an additional 18% would consider it if it were on option. This could potentially open other opportunities for the performers to be booked for events.

Have you come a street performer you wanted to tip and just didn’t have any cash on you?

Would you consider hiring a street performer for an event? 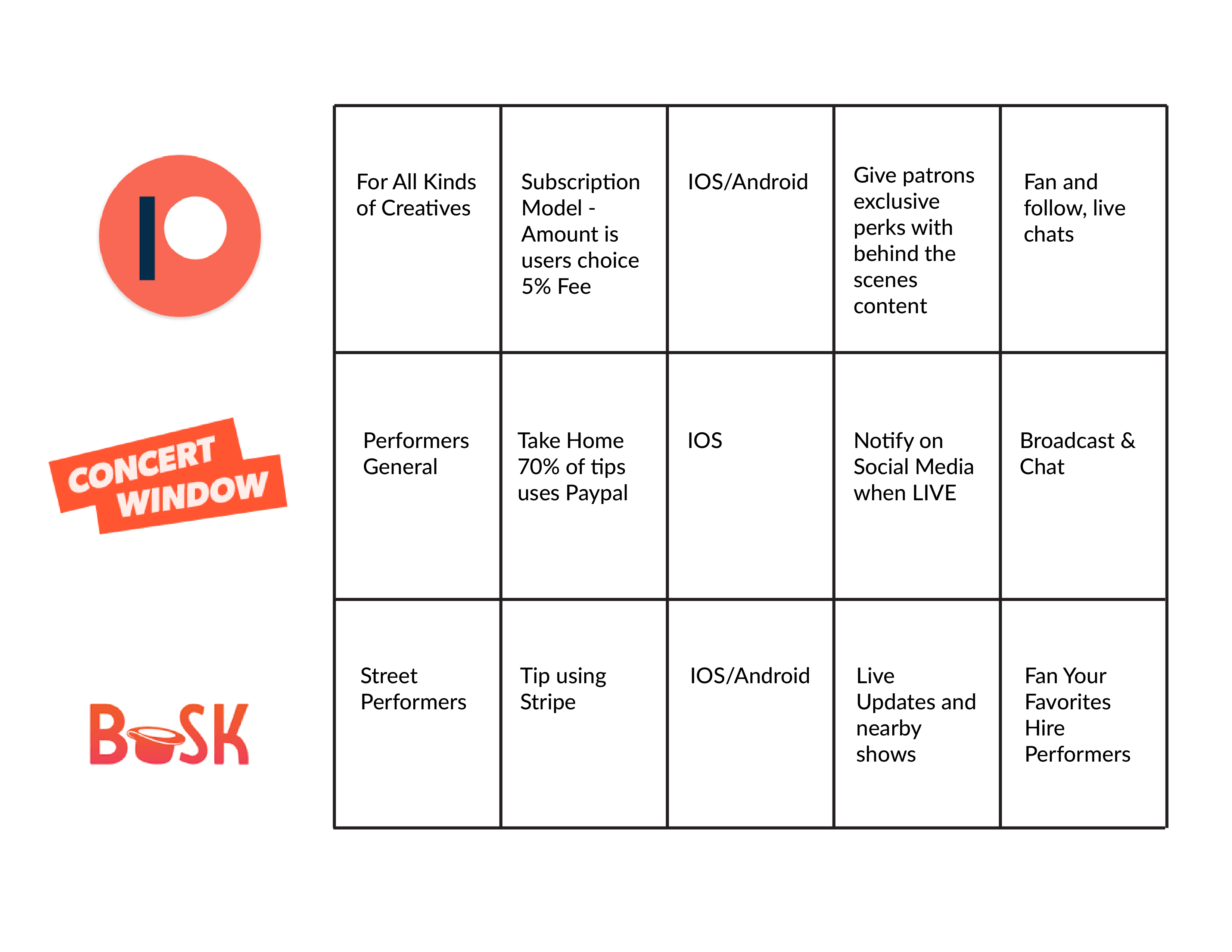 I first set out to interview 5 users and asking them how they generally responded and/or interacted with street performers on their commute. Using the information I gathered from the user interviews, I wrote some job stories based on the Jobs To Be Done framework which helped me add more context to the scenarios in which commuters would find motivation to use this application.

Promo360 is focused on providing a more intimate experience through the use of emerging technologies like 360 VR Video. The 360 phone video cameras are advancing quickly and the prices are dropping. It won’t be long until we’ll see this functionality integrated into every phone.  We hope that this will allow a wider adoption of 360 VR documentation. Promo VR360 hopes to leverage your support to engage a remote audience that is looking to engage with unique raw talent that sometimes you only find in the big urban destinations like NY.  The community extends beyond social media into the space of virtual reality giving fans a chance to curate the talent up voting for the best content and helping together discover the next big star.

Using the Coinbase platform api will allow account users to send tips to the artist without acquiring high processing fees by using bitcoin. The major benefit for artist receiving bitcoins would be that they are receiving payments securely and instantaneously available 24/7. In addition, the application would allow contributors to collect Promo360tokens based on the audience’s response to the content they uploaded to the platform, they would in term be able to use these tokens in exchange for special offers and/or promotions the artist offers. For example, the artist might decide to offer their highest promoters x amount of tokens for a CD or x amount for a ticket to a concert or other swag.  This helps the artist and incentivises the content creators to keep engaging and promoting. 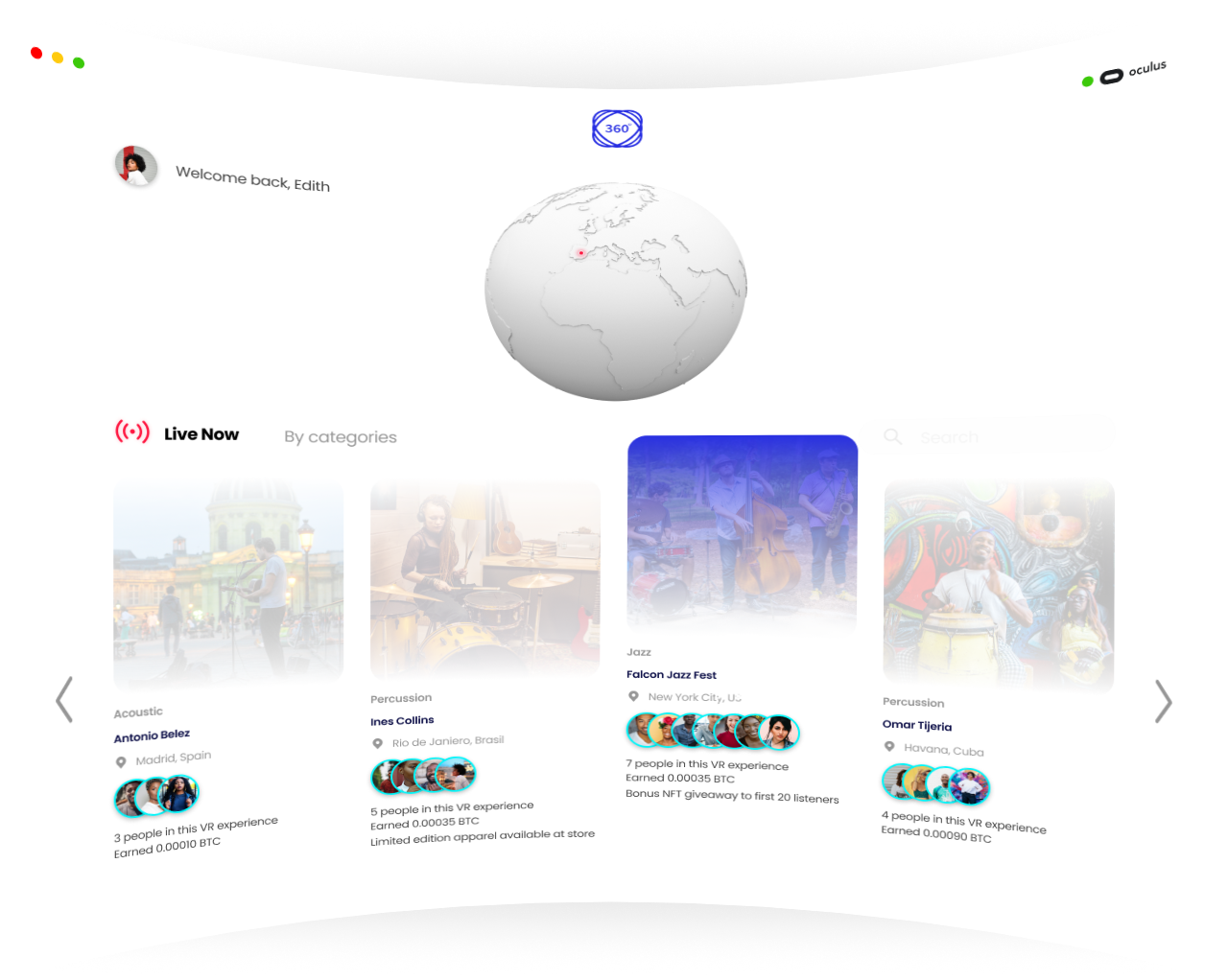